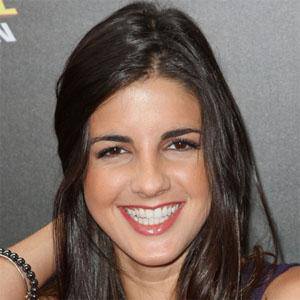 Actress who became known for her roles in the films Machete and Grindhouse. She frequently shares roles or acts alongside her twin sister Elise.

She was 21 years old when she made her acting debut in the 2007 film Grindhouse.

She reprised her role as Nurse Mona in the 2013 sequel of Machete, Machete Kills.

Her aunt, Elizabeth Avellan, was married to writer and director Robert Rodriguez, who cast the twins in Grindhouse and the Machete film franchise.

She appears alongside Danny Trejo in Machete and Machete Kills.

Electra Avellán Is A Member Of