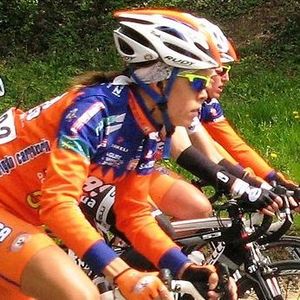 Italian professional racing cyclist who is known for her role role as a sprinter. She has competed on several Italian teams including Ale Cipollini and Safi.

She is known for having placed third in the National Championships of Road Racing in Piemonte, Italy in 2015.

She was born and raised in Schio, Italy.

Elena Berlato Is A Member Of