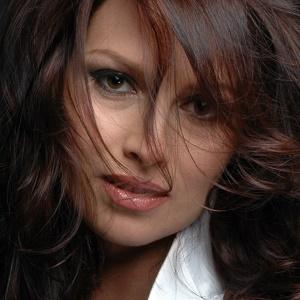 National and World title holder as a professional ballroom dancer who is seen on the ABC series Dancing With the Stars. She owns a ballroom dance studio in Los Angeles County, California.

She grew up in Moscow, Russia and immigrated to the US when she was 21 years old.

She and her partner Tony Dovolani became undefeated U.S. and World Rhythm Champions.

She has a younger sister of almost 20 years named Anastasia Grinenko. Her parents Lubov and Yuriy Grinenko divorced when Elena was a teenager. She married Rib Hillis whom she met through ABC while he was working on Extreme Makeover: Home Edition. They have sons named Magnus Zander Hillis and Odin Harley Hillis.

She was paired with former NBA star Clyde Drexler for season four of Dancing With the Stars.

Elena Grinenko Is A Member Of