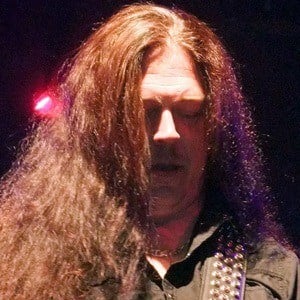 Guitarist for the Swedish power metal group HammerFall who used to play with The Poodles.

He had classical musical training and picked up the guitar at age of twelve.

Before HammerFall, his group The Poodles were the finalists in the Swedish Eurovision Song Contest.

His brother's Thin Lizzy records influenced him to play the guitar.

He worked as the sound engineer for Yngwie Malmsteen.

Pontus Norgren Is A Member Of