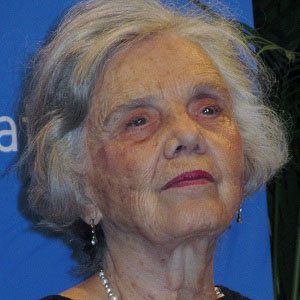 Notable for her human rights-themed works of journalism and fiction, she is particularly recognized for her nonfiction work La Noche de Tlatelolco (1971), which deals with the 1968 massacre of protesting students by the Mexican military and police forces.

When she was only eighteen years old, she began writing for Mexico City's Excelsior daily paper.

Her acclaimed, feminist-themed novels include Lilus Kikusy (1954); Hasta no Verte Jesus Mio (1969); and Tinisima (1992). In 2013, she became the fourth female recipient of the prestigious Miguel de Cervantes Prize in Literature.

Elena Poniatowska Is A Member Of