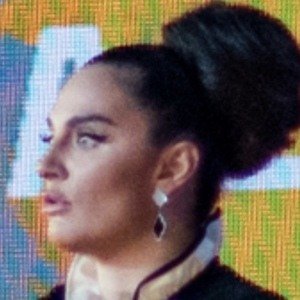 She went to the St. Petersburg School of Music.

Her first stage name was Salome. She later changed it to the name of her birthplace, Severomorsk. In 2011, she was ranked the ninth most successful Russian artist and was worth over $6 million.

She was born in Severomorsk. She was married to Roman Sadyrbaev in 2016. They had a son in 2012. Her mother was a chemist and her father was an engineer. Her grandparents survived the siege of Saint Petersberg, then called then Leningrad.

In 2015, she performed at the Kremlin, which is where Vladimir Putin and the Russian government exert influence from.

Elena Vaenga Is A Member Of