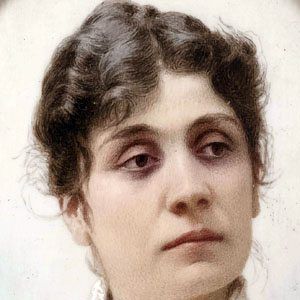 This late 19th and early 20th-century stage actress was lauded by playwrights George Bernard Shaw and Anton Chekhov and was a favorite performer of United States President Grover Cleveland.

When she was just four years old, she began touring with her father's theatrical troupe.

She is portrayed by Elisa Cegani in the 1947 film Eleonora Duse.

Her brief marriage to actor Teobaldo Checchi resulted in a daughter named Enrichetta. Following her divorce from Checchi, she had a number of high-profile affairs; her best-known lovers are perhaps the poet Arrigo Boito and the writer Gabriele d'Annunzio.

The famous English actress Sarah Bernhardt was one of Duse's major theatrical competitors.

Eleonora Duse Is A Member Of