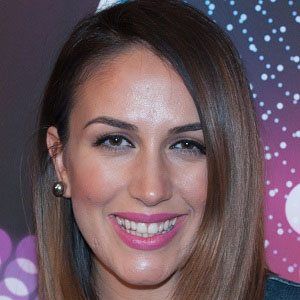 Albanian singer who has made a name for herself by winning various national singing contests, including Star Academy Albania, Top Fest and The Voice of Italy. She released her self-titled debut EP in 2013 and was chosen to represent Albania at the 2015 Eurovision Song Contest, where she performed "I'm Alive."

She was born in Shkoder in northern Albania and began studying piano at age six. In 2008, she made her television debut performing on Kenga Magjike.

She and Kejsi Tola have both represented Albania at the Eurovision Song Contest.

Elhaida Dani Is A Member Of