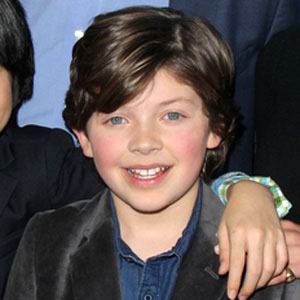 American child actor best known for his leading role as Henry Fisher on the NBC series "Growing Up Fisher". He also had a role in the 2014 film "Tiny Actions".

He began dancing when he was three and a half years old.

He is an enthusiastic lacrosse and soccer player.

He was born to Jessie and David Baker. He has sisters named Bailey and Eden.

His father on "Growing Up Fisher" is played by "Juno" actor J.K. Simmons.

Eli Baker Is A Member Of