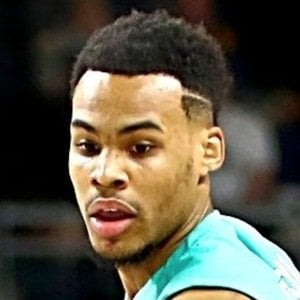 Combo guard selected as the first pick of round two in the 2018 NBA Draft by the Phoenix Suns. He was a key player for France's under-20 team at the FIBA Europe Under-20 Championship, helping them win bronze in 2017.

He began his club career at the age of 16 with JSA Bordeaux. He competed for the youth team Élan Béarnais Pau-Lacq-Orthez from 2015 to 2018.

He dropped 44 points as a member of Pau-Lacq-Orthez during Game 1 of the playoff series against first-seeded Monaco in May of 2018. The game helped his draft stock rise.

His father was Congolese and his mother was French. He has a sister and two brothers.

He and DeAndre Ayton were both part of the 2018 rookie class for the Phoenix Suns.

Elie Okobo Is A Member Of