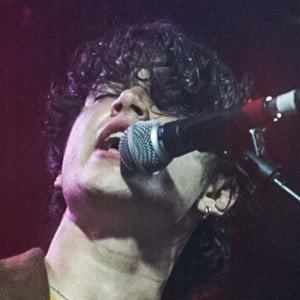 Singer known as the frontman for the Irish rock group Inhaler. His first EP with the group I Want You was released in 2018 to critical acclaim.

He attended St. Andrew's College in Blackrock, Dublin, Ireland. He helped form his group Inhaler in 2012.

He announced that his band Inhaler would be going on their first headlining tour throughout the UK in June 2019. He has named Echo & the Bunnymen as a prominent musical influence of his.

His father is U2's lead singer Bono. His mother is Ali Hewson. He started dating guitarist and singer Akira Galaxy Ament in July 2020. Earlier that year, he was in a relationship with Saoirse Alicia Behzadi.

He and his band Inhaler performed with Noel Gallagher at the High Flying Birds homecoming show in June 2019.

Elijah Hewson Is A Member Of