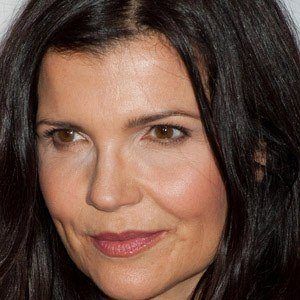 Wife of Bono, businesswoman, and activist who fought against child labor and also took up the banner for other human-rights causes.

She earned a degree in politics from the University of Dublin in 1989.

She co-founded the skin company Nude Skincare in 2007, which was preceded by a fashion line, EDUN, in 2005.

She married Bono in 1982. The couple had four children: Eve, Elijah, Jordan, and John. She was the inspiration for Sweetest Thing, one of her husband's most popular songs.

She campaigned against the Sellafield nuclear facility, appealing to such leaders as Prime Minister Tony Blair to shut it down.

Ali Hewson Is A Member Of