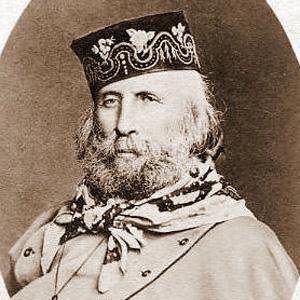 He became a merchant marine captain in 1832.

The state fish of California was named after him.

He was admired by Victor Hugo and other intellectuals of his era.

Giuseppe Garibaldi Is A Member Of