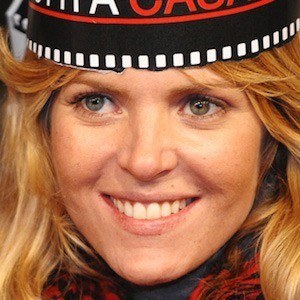 Swedish-born Italian actress most well known for her portrayal of Laura in the series Le tre rose di eva. She has also had recurring roles in Compagni di scuola, Rosso San Valentino, and The Teacher.

She made her acting debut in 1998 in the film Cucciolo.

Her father, Oreste Pellini, is a renowned Italian film director.

In the 2015 series Don Matteo, she appeared opposite Terence Hill.

Elisabetta Pellini Is A Member Of