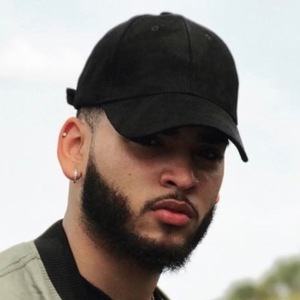 Singer also known by the moniker Myster E (pronounced mystery); he rose to fame in 2015 as a member of the Top 20 on the Latin American singing competition La Banda. He has since released numerous song covers to his self-titled YouTube channel.

Throughout his youth, he played numerous instruments and took musical refuge performing in church.

His debut single "Decisions" was released to iTunes on June 1, 2016, followed up by the full-length album Evolve.

He has a twin brother who is a bodybuilder and an older sister.

Elison Joel Is A Member Of