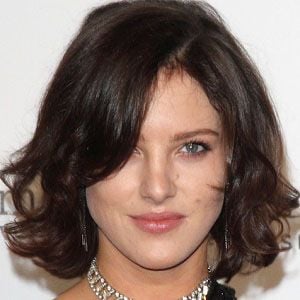 A cover model for i-D magazine and Dazed & Confused, she is also notable for her runway work for DKNY and Anna Sui, as well as for her advertising campaigns for Yves Saint Laurent and Calvin Klein.

She signed with Select Model Management when she was only fifteen years old and soon thereafter appeared in a Vogue Italia photo spread.

When she first began modeling, she used the pseudonym "Eliza Presly" because of her resemblance to Elvis Presley.

She spent her youth in Portsmouth and London, England. In 2012, she began a relationship with financier and heir Nathaniel Philip Rothschild.

She appeared with film actor Vincent Cassel in an advertisement for the men's cologne L'Homme de Nuit.

Eliza Cummings Is A Member Of