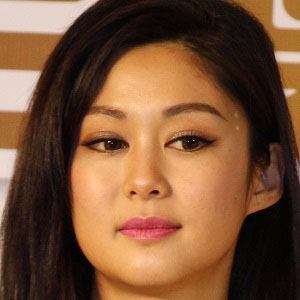 Canadian actress and model who made name for herself in the world of Hong Kong television with roles on dramas like Ghetto Justice II and Divas in Distress. In 2013, she won the TVB Anniversary Award for Most Improved Female Artist and the TVB Star Award for Most Promising Actress.

She was born in Vancouver, British Columbia and won the Miss Chinese Vancouver Pageant in 2009.

Her parents are Hoa people from Vietnam. Her grandparents are from Guangdong and Fujian.

She was featured in the music video for Raymond Lam's "One Person" in 2011.

Eliza Sam Is A Member Of