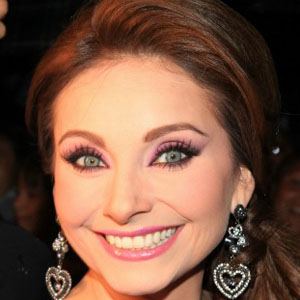 Before beginning her soap opera acting career, she trained with Televisa at the media company's Centro de Educación Artístic.

She competed on the third season of Big Brother México's VIP edition.

She and Marlene Favela were both in the cast of the short-lived telenovela Contra Viento y Marea.

Elizabeth Álvarez Is A Member Of