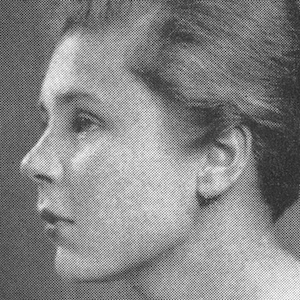 Pulitzer Prize-winning poet and U.S. Poet Laureate who is remembered for North & South, A Cold Spring, Questions of Travel, and other works. Her 1969 Complete Poems collection received the prestigious National Book Award.

She studied at Vassar College, where she started out as a musical composition major.

Her inheritance from her father funded a series of South American travels in her later years.

Her father died when she was an infant, and when she was only five years old, her mother entered a mental institution. Consequently, she was raised by her grandparents in Nova Scotia and by her aunt in Boston.

She was a friend of poet Robert Lowell, but she disapproved of his personal, confessional style of poetry.

Elizabeth Bishop Is A Member Of