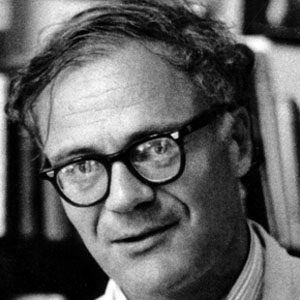 Massachusetts-born poet known for Life Studies, The Dolphin, and other confessional works. He won both the Pulitzer Prize for Poetry and the National Book Award.

He was born into a prominent Boston family, and he attended Harvard College. He published his debut poetry volume, Land of Unlikeness, in 1944.

He was appointed sixth Poet Laureate of the United States in 1947.

He was married three times -- to Jean Stafford, Elizabeth Hardwick, and Caroline Blackwood -- and had two children.

He was influenced by the literary work of Allen Tate.

Robert Lowell Is A Member Of