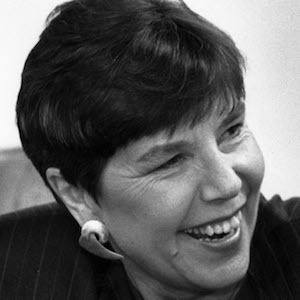 First African-born politician to be elected to the United States Congress. She was chosen to represent Oregon's first congressional district in 1993 and went on to co-found the Oregon Peace Institute.

While living in South Africa, she was involved in anti-Apartheid activism, joining the first Black Sash demonstration in Cape Town in 1951.

She served as Director of the Institute for Tribal Government at Portland State University.

After moving to Los Angeles in 1956, she became involved with Cesar Chavez's United Farm Workers' Movement.

Elizabeth Furse Is A Member Of