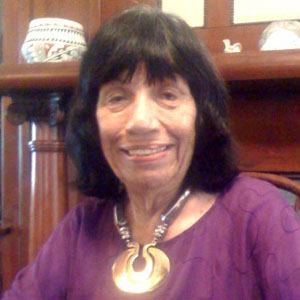 Known best for her 1976 work 500 years of Chicano History in Pictures, this Chicana author and feminist activist also ran an unsuccessful 1982 campaign for Governor of California. In addition, she worked as an editor for both The Nation Magazine and the Simon & Schuster publishing company.

After graduating from Swarthmore College in the mid 1940s, she found employment as a researcher with the United Nations Secretariat.

A native of Washington, D.C., she later lived in New York and San Francisco. Her daughter, Tessa, founded a California Latina theater company.

She and fellow political activist Cindy Sheehan both ran for office on the Peace and Freedom Party ticket.

Elizabeth Martinez Is A Member Of