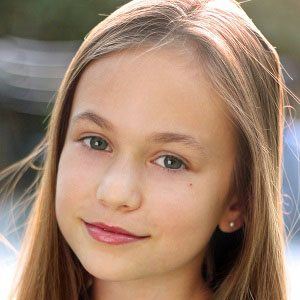 Known best for her role as Medie Reno in the Canadian television series Time Tremors, Ballentine also appeared in the 2014 thrillers The Captive and The Calling. Beginning in 2014, she filmed a series of YTV movies based on Anne of Green Gables.

She began taking dance lessons at the age of four and went on to play childhood roles in numerous theatrical productions.

She was nominated for a Young Artist Award for her work in a 2013 Toronto Fringe Festival production.

She was born and raised in Toronto, Ontario, Canada, and she grew up with a dog named Molly.

She, Ryan Reynolds, and Rosario Dawson were all in the cast of The Captive.

Ella Ballentine Is A Member Of