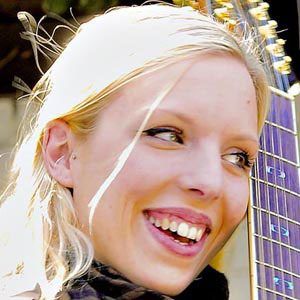 British folk singer and songwriter who released her first album, Hold Your Horses, in 2009.

She started writing songs when she was just 10 years old.

She went through a goth and death metal phase in her teenage years. She also taught snowboarding lessons in Canada before focusing on music for voice and guitar.

She gave birth to her son Fred in 2012, two years after marrying her boyfriend of many years, Dan.

Her mother, the actress and comedienne Jennifer Saunders, was the voice of the Fairy Godmother in the animated film Shrek 2.

Ella Edmondson Is A Member Of