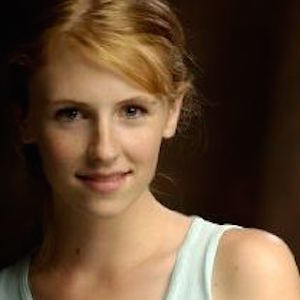 Perhaps most recognized for her role as Tuff Ryan in the 2005 movie The Prize Winner of Defiance, Ohio, this American screen actress also became known for playing Ki Swan in the web series Video Game High School and Liza Witter in the short-lived CW series Hidden Palms.

At the age of fourteen, she acted in a television movie titled Stuck in the Middle with You.

In 2011, she earned a bachelor's degree in international studies from Duke University.

She grew up in Bend, Oregon, as the daughter of Traci and Walt Porterfield. She has a brother named Harlan.

She played the role of Anne Higgins in the 2008 Anna Boden and Ryan Fleck film Sugar.

Ellary Porterfield Is A Member Of