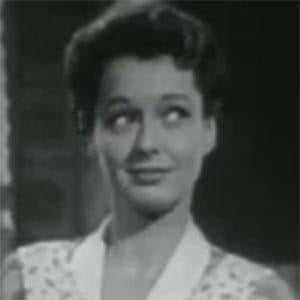 She was a beauty contestant before being discovered by William Demarest while working at an ice cream parlor.

After her career blossomed, she appeared in six films per year from 1938 to 1943, which included Sing You Sinners and The Lady's from Kentucky.

She starred in films with many popular leading men, including the iconic Bing Crosby.

Ellen Drew Is A Member Of