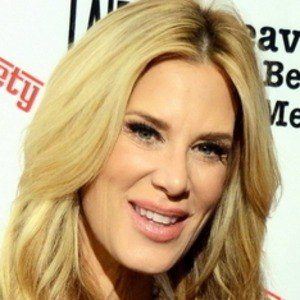 Radio personality who hosted her own morning show The Ellen K Morning Show on KOST 103.5. She previously co-hosted On Air with Ryan Seacrest. Her voice has also been selected for events such as The Grammys, People's Choice Awards, and the Academy Awards.

She graduated with honors in radio/TV/film from Purdue University. She was previously a veterinary science major.

She was honored with a star on the Walk of Fame in Hollywood in 2012 for her contributions in radio.

She was born in Palo Alto, California. She has a son named Calvin with her husband Roy Laughlin.

She first joined KIIS-FM co-hosting the morning show with Rick Dees, who is known for his popular Weekly Top 40 Countdown.

Ellen K. Is A Member Of