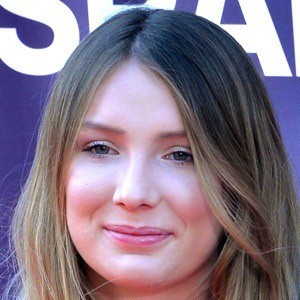 Known better by the stage name Blanche, she is a singer-songwriter best recognized for representing her home nation Belgium in the 2017 Eurovision Song Contest. She competed with the single "City Lights" which scored her fourth place in the competition.

As a child, she would often sing to herself and would go on to attend musical theatre classes.

At only sixteen years old, she auditioned for The Voice Belgique and would go on to compete on the show's fifth season.

She is fluent in French, English, and Hebrew.

In the 2017 Eurovision Song Contest, she was beaten out by Portuguese representative Salvador Sobral.

Ellie Blanche Delvaux Is A Member Of