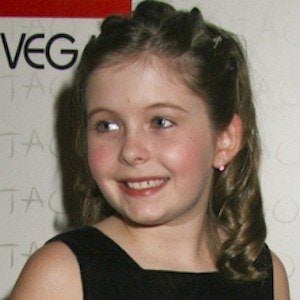 Known for her singing and pageant careers. She has gained renown for being the 2014 Miss Nevada winner at the age of 17. With her win, she became the then-youngest Miss USA contestant in the history of the pageant.

Prior to her Miss America win, she had sung in musical theater productions, including Les Miserables. She had also performed the national anthem at the 2011 NBA All-Stars Rookies game.

Her platform during her Miss Nevada campaign was called Bullying: Don't Let It Get to You. Following her win, she enrolled at Brigham Young University to study musical theater and dance.

She was born and raised in Henderson, Nevada. Her sister won the Miss Teen Nevada title the same night that she was crowned Miss Nevada.

She has performed in programs featuring the dual act of Lady Gaga and Tony Bennett.

Ellie Smith Is A Member Of