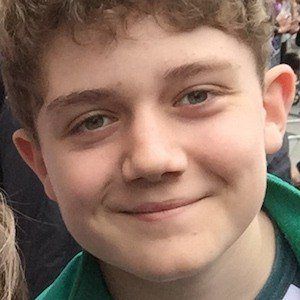 Actor who starred as Tom Cunningham in the popular British soap opera Hollyoaks, a role that earned him both a British Soap Award and Inside Soap Award in 2006.

He was only a few weeks old when he was cast as Tom Cunningham.

He appeared in the 2008 late-night spin-off series to Hollyoaks, Hollyoaks Later.

He lost out to Eden Taylor-Draper for the 2007 British Soap Award for Best Dramatic Performance from a Young Actor or Actress.

Ellis Hollins Is A Member Of