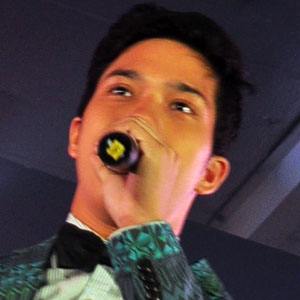 Known for his appearances on such Philippine television series and variety shows as Bantatay and Party Pilipinas, this acclaimed actor and singer won a 2011 Guillermo Mendoza Memorial Award for his numerous performances with actress Julie Anne San Jose (as part of the popular JuliElmo romantic series).

During his early childhood years, he appeared in a television commercial and on a music album cover.

He was voted the GMA network's most popular male artist of 2013.

His father, Francis Magalona, was a popular Filipino rapper. He grew up with seven siblings.

He appeared with Barbie Forteza on the GMA Network series Pilyang Kerubin (My Silly Angel).

Elmo Magalona Is A Member Of