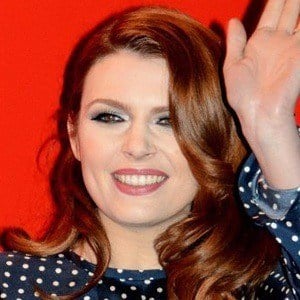 French singer turned actress who first became known for winning the third season of Star Academy in 2004. She followed by releasing her debut self-titled album, which peaked at #4 on the French charts.

From an early age, she studied classical guitar and dance. Her grandfather was an accordionist and it was through him that she learned many musical basics.

In 2014 and 2015, she served as a judge on the eleventh season of Nouvelle Star, France's version of American Idol.

She was born to a father named Francois Frégé and a mother who worked as a beautician. She has one brother, Jean-François, and two sisters, Sandra and Christelle.

In 2014, she appeared alongside Benjamin Biolay in the comedic drama The Easy Way Out.

Elodie Frégé Is A Member Of