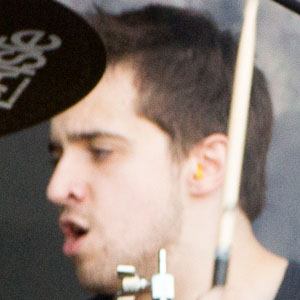 Brazilian musician who rose to fame as a member of the thrash metal band Sepultura. He has also collaborated with power metal singer Andre Matos on albums like 2009's Mentalize.

He was born in Santo Andre and replaced Jean Dolabella in Sepultura in 2011.

He won the Undiscovered Drummer Contest sponsored by Modern Drummer magazine in 2006.

His parents bought him his first drum kit at age seven.

He has been bandmates with guitarist Andreas Kisser in Sepultura.

Eloy Casagrande Is A Member Of