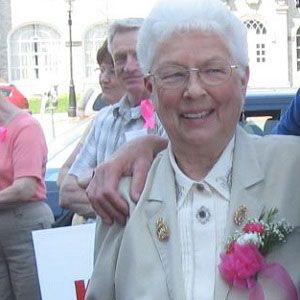 Progressive Conservative politician who represented St. John, New Brunswick in the Canadian Parliament from 1993-2004. She had previously been the first woman to serve as Mayor of St. John.

In the late 1970s, she began serving on St. John's Municipal Court.

A staunch social conservative, she vocally opposed abortion, same-sex marriage, and the legalization of marijuana.

With her husband, Richard Wayne, she raised two sons.

Elsie Fairweather Wayne Is A Member Of