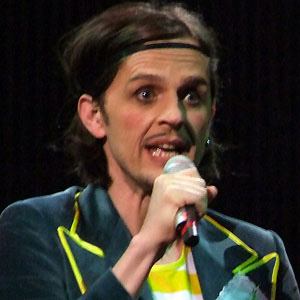 Most Popular#180329
Singer Born in Bosnia And Herzegovina#39

Singer and songwriter who, with his sister, represented Bosnia and Herzegovina at the 2008 Eurovision Song Contest.

He started his musical career by playing folk music in local cafés and recorded his first song in 1998.

His song "Ja sam mor'o" was the recipient for the Bosnian Davorin Music Award in 2003.

His father was a lawyer and his mother was a telecommunications company employee.

He and Dino Merlin are both popular singers from Bosnia and Herzegovina.

Most Popular#180329
Singer Born in Bosnia And Herzegovina#39

Elvir Lakovic Laka Is A Member Of