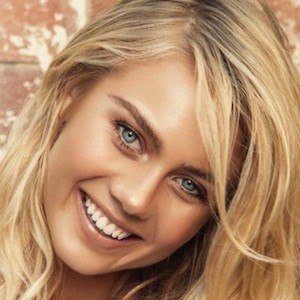 Model who founded her own fashion label called Evrryday, which she has designed for herself. She became the face of the color cosmetics brand ulta3. In 2017, she competed in the Australian renovation show called The Block.

She began modeling at age 10, when her mother signed her up in a children's agency. At age 16, she traveled to China and Hong Kong to attempt to establish an international modeling career there.

During the summer of 2015, she took part in a new campaign for Billabong as a fitness model. Also in 2015, she was chosen to front Surf Lifesaving Australia's Between the Flags campaign.

She was born and raised in Australia. She has been in a relationship with Josh Barker; they run a renovation company together. In September 2020, they revealed that they're expecting their first child together.

In 2015, she joined George Clooney in being an official brand ambassador for Rolex Luxury Watches.

Elyse Knowles Is A Member Of