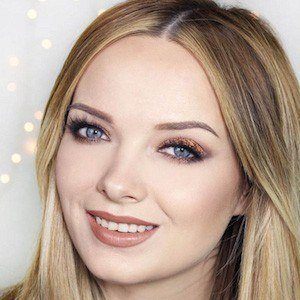 English beauty vlogger whose YouTube channel, My Pale Skin, experienced a meteoric rise in popularity thanks to her tutorials on acne coverage and various makeup techniques. Her channel has earned over 1 million subscribers while her Instagram account has attracted more than 700,000 followers.

She worked as a model as a teenager.

Her video "You Look Disgusting," which features comments left on her Instagram posts in which she chose not to wear makeup, immediately went viral, earning more than 15 million views within two months of its posting.

She grew up in Wales and later moved to London. In October 2020, she announced that she moved to the countryside with her partner Jamal.

She had the pleasure of meeting renowned makeup artist Patrick Ta in 2017.

Em Ford Is A Member Of