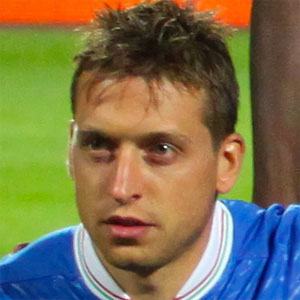 Winger who joined Sunderland in 2013 after spending two years with Juventus. He became a member of the Italian national team in 2012.

He debuted professionally for Cesena in 2004 after coming up through the club's youth set-up.

He was born in Bibbiena, Italy.

He and Andrea Pirlo became teammates on the Italian national team. They also played together on Juventus.

Emanuele Giaccherini Is A Member Of