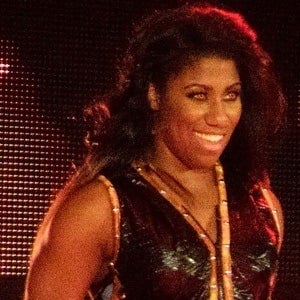 Professional wrestler who debuted as part of WWE's developmental promotion NXT in 2015. She was previously a star in Anarchy Championship Wrestling, where she became a three-time ACW American Joshi Champion.

She began wrestling under the ring name Trouble in 2007. She later debuted for Professional Championship Wrestling as Athena.

She was trained by multiple-time WCW Champion Booker T.

Her real name is Adrienne Reese. Her grandfather introduced her to professional wrestling. She married fellow wrestler Matthew Palmer in November 2018.

She defended her AIW Women's Championship title in a four-way match that included Candice LeRae in April 2015.

Ember Moon Is A Member Of