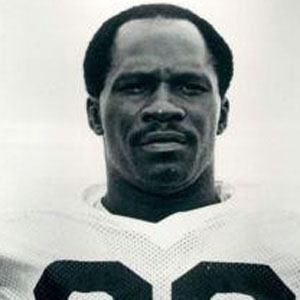 Former AFL and NFL running back who played his entire career with the New York Jets, helping the team defeat the Baltimore Colts in Super Bowl III.

He was highly regarded in high school, but did not earn a major college football scholarship because of the racial barriers at the time.

He ran for over 2,500 yards at the University of Maryland Eastern Shore (then known as Maryland State College), and in 2010, he was inducted into the College Football Hall of Fame.

He met his wife, Enez, during their time at Maryland State College.

He was teammates with legendary quarterback Joe Namath, who led the Jets to victory in Super Bowl III.

Emerson Boozer Is A Member Of