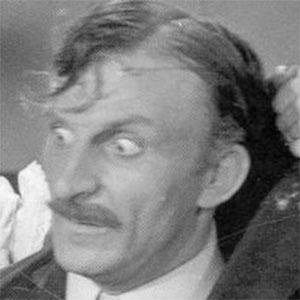 He was nicknamed the Fourth Stooge for appearing in over 30 Three Stooges films, including The Three Stooges Go Around the World in a Daze. His credits include Hugs and Mugs, Fuelin' Around, and Bubble Trouble.

He rail-hopped across the country as a teenager. In 1947, he made his feature film debut in Half-Wits Holiday.

He read the famous line, "Hold hands, you lovebirds," in 1947's Brideless Groom.

He was married to his second wife, Edith Weber, until his death.

He almost replaced Larry Fine as one of the Three Stooges in 1971.

Emil Sitka Is A Member Of