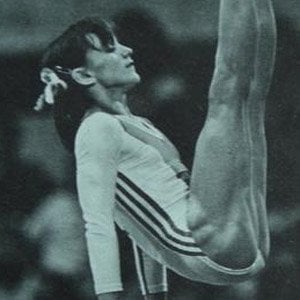 Gymnast who won two gold medals at both the 1979 Olympic Games in Moscow and the World Cup the same year. She and the Romanian gymnastics team handed the Soviets just their third loss since 1952 at the 1979 World Championships.

She was born in Arad and quickly became the first star Romanian gymnast since Nadia Comaneci.

She changed her name to Trudi Kollar later in life.

She was coached by famed Romanian gymnastics coach Mara Karolyi, whom she claimed was extremely harsh on her and her teammates.

Emilia Eberle Is A Member Of