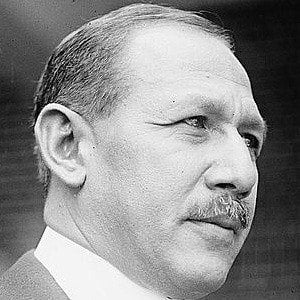 Politician who was the Nicaraguan president from 1917 to 1921 and for part of 1926. Hisfirst political action was based in an unsuccessful revolution.

He got involved in politics in 1893 when he worked against José Santos Zelaya in a failed revolution, though he was later taken from office in a 1909 coup that led to Chamorro's becoming the leader of the Nicaraguan Conservative Party.

He acted as Nicaragua's Minister to the United States, before negotiated his Chamorro Treaty in 1914.

He was born in Acoyapa in the south of Nicaragua.

He and Daniel Ortega were both presidents of Nicaragua, the latter taking the office in 2007.

Emiliano Chamorro Is A Member Of