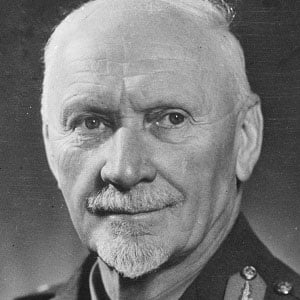 From 1919 until 1924 and again from 1939 until 1948, Smuts served as Prime Minister of South Africa. Also a military man, he was a hero in the Second Boer War and a member of the United Kingdom's War Cabinet.

He earned his law degree from Christ's College, Cambridge, and subsequently returned to his native South Africa, where he pursued careers in journalism and politics.

Born to Afrikaner farmers Catharina and Jacobus Smuts, he grew up in the Cape Colony. His marriage to Issie Krige resulted in six children.

As a member of the British Army, Smuts was appointed to Winston Churchill's Imperial War Cabinet.

Jan Smuts Is A Member Of