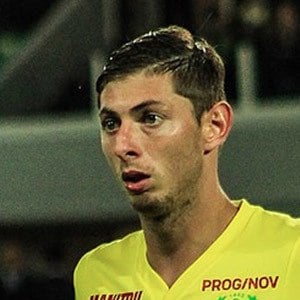 Forward who played for such teams as FC Nantes of France's Ligue 1. In January 2019, a plane he was flying in disappeared over the English Channel shortly after signing with Premier League side Cardiff City. His body was found through a private search on February 7, 2019.

He played in Bordeaux's youth academy between 2010-2012. He debuted professionally for the side in 2012.

A private GoFundMe campaign was begun by his agency Sports Cover in January 2019 to help fund a private search for him. A daffodil was included next to his name on the game sheet for Cardiff City's league match against Arsenal following his disappearance.

He was born to Horacio and Mercedes Sala. He held both Italian and Argentinian citizenship.

He was signed to Cardiff City FC, where he would have played as Harry Arter's teammate, prior to his January 2019 disappearance.

Emiliano Sala Is A Member Of