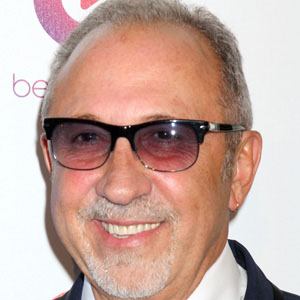 Award-winning producer and musician who was the lead band member for the Miami Sound Machine. He launched the careers of many music stars.

He and Miami Sound Machine released their first album Live Again Renacer in 1977.

He was voted Producer of the Year at the Latin Grammys in 2000.

He met Gloria Estefan when he started Miami Sound Machine. They married in 1978 and had two children together, Emily and Nayib. His niece Lili Estefan became a well-known Spanish TV personality.

He won a Grammy for the song Da la Vuelta, his collaboration with Marc Anthony.

Emilio Estefan Is A Member Of