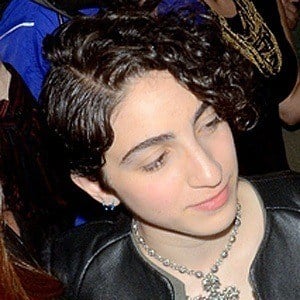 Singer and songwriter who first became known as the daughter of legends Emilio and Gloria Estefan. She would then make her own solo debut in December of 2015 with the release of her first single.

Before making her own musical debut, she studied at Berklee College of Music. She then made her live debut in 2014 in Where The Boys Are at the Hollywood Bowl.

In September 2016, she released the single "Reigns (Every Night)" to iTunes.

Her grandmother, Gloria Fajardo, was a nightclub performer. Her brother, Nayib, is an actor and her cousin, Lili, is a model and television personality.

She has worked with a number of popular stars including Grachi star William Valdes.

Emily Estefan Is A Member Of