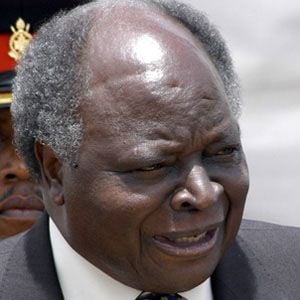 Kenyan politician who was the 3rd President of Kenya from 2002 to 2013. He was accused of favoring Kikuyu people, the large ethnic group in Kenya, for government jobs.

He attended the prestigious London School of Economics for a B.Sc in public finance before returning to Kenya to become executive officer of Kenya African National Union.

He married Lucy Muthoni and had four children with her: Judy Wanjiku, Jimmy Kibaki, David Kagai, and Tony Githinji.

He met former President George W. Bush and Mrs. at the White House during a state visit in 2003.

Mwai Kibaki Is A Member Of