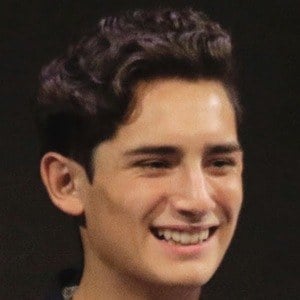 He grew up in Mexico to parents Juan Osorio and Niurka Marcos.

He starred on a series called Love Rules in 2013. In early 2018, he released his self-titled debut album. He won a Kids' Choice Award Mexico for Favorite Actor in 2019.

His father is Mexican telenovela producer Juan Osorio and his mother is actress Niurka Marcos. He has two half-siblings through his mother named Kiko and Romina. In late 2019, he began dating Instagram star Seidy Bercht Mättig.