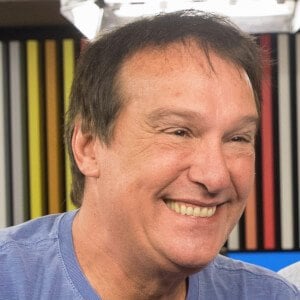 Brazilian broadcaster, television presenter, and director who is best known for being the presenter of Panic in the Band and as the director of Young Pan Radio.

He graduated in both law and radio from Universidade Anhembi Morumbi. He then began as a DJ in his hometown and was soon picked up by Radio Bandeirantes FM in Sao Paulo.

After a year working on the program Panic on TV is became one of the most successful Brazilian television programs.

He was born and raised in São Manuel, São Paulo. He married Anne Ingegerd Skoldberg Luyet and together they had two children.

He posted a picture with Raissa Chaddad to his Instagram in July of 2017.

Emílio Surita Is A Member Of